Phuket Weather: When is the best time to travel to Phuket?

With a tropical climate, Phuket never really gets cold at any time of the year. The high season where Phuket sees the largest influx of tourists is generally from November to mid-May when there is little chance of rain. After which Monsoon (or rainy) season begins from mid-May all the way through till October. But is it always good to travel during peak season? Check out our guide below to understand the characteristics or Phuket’s weather and travel seasons. Find out the best time for YOU to travel to Phuket!

Dry Season: November to May

This is typically the “coolest season” in Phuket after the wet monsoon season has finally finished. With dry sunny weather and comfortable temperatures around 23 – 32°C, this is also the busiest time in Phuket for tourism.

November to February is the perfect time of the year in Phuket to spend the day relaxing on one of its gorgeous tropical beaches and to enjoy water sports in relatively calm seas. You can also spend the night partying with the hordes of other visitors to Phuket at one of the many nightclubs around the island – particularly along busy Bangla Road in Patong, the central Phuket partying district.

Travelling during peak season does have its appeal. There’s little rain, so you don’t have to worry so much about the weather, and the general vibe is a lot more exciting and happening. During this peak tourism period, you are going to experience an extremely busy and lively atmosphere in almost all areas around Phuket. However, do note that accommodation and flight tickets are a lot more expensive during this period.

Villa Finder’s insight: During this time, the minimum stay at a villa can be 7, 10 or even 14 nights.

March to mid-May is considered the hottest months in Phuket just before the monsoon season begins again. It should be noted that temperatures can reach uncomfortable levels during this time period and is definitely something to consider if travelling with small kids or the elderly. Temperatures can easily soar around the mid-thirty to forty-degree ranges, with humidity levels also steadily on the rise.

One of the best reasons to visit Phuket during this time period is to enjoy the less-crowded beaches and tourist attractions. It also the time of year visitors to Phuket get to witness the annual Songkran Festival (Thai New Year during April), where local Thai people ceremoniously sprinkle water on each other (and foreigners) in the streets for an entire week during the festivities!

Wet Season: May to October – Low Travel Season in Phuket

The monsoon (or rainy) season in Phuket starts around mid-May and lasts through to October. The average temperature during the monsoon season can range anywhere between 28°C – 29°C. While the rain and humidity are at an all-time high during this time period, the prices on accommodation and other things such as souvenirs tend to drop to an all-time low.

Low/monsoon season is the cheapest time of the year to plan a trip to Phuket. Apart from that, travelling to Phuket during the low season also has many other great benefits. While it is typically known as ‘rainy season’ these months still enjoys plenty of sunshine and good weather to enjoy everything Phuket has to offer. The best part is that you won’t have to deal with the crowd of high seasons.

Villa Finder’s insight: you will have plenty of flexibility to plan your villa stay too. The minimum stay requirement is only 3 nights. 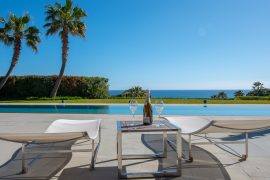 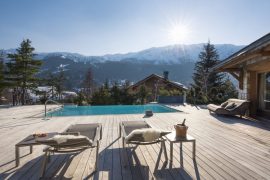 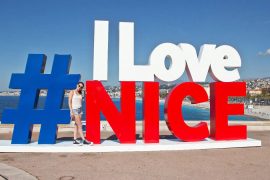 The Queen of Cote d’Azur: Things to do in Nice