Niseko Ski Season: When is the best time to go to Niseko?

Mention Niseko, and one immediately thinks of its world-class powder snow, excellent ski conditions and top-notch ski accommodations. In different periods across the winter season, there will be changes in the weather, snow conditions, prices, dining and nightlife options and other key factors. To help you better plan for your trip, we’ve provided a quick overview for Niseko ski season below: 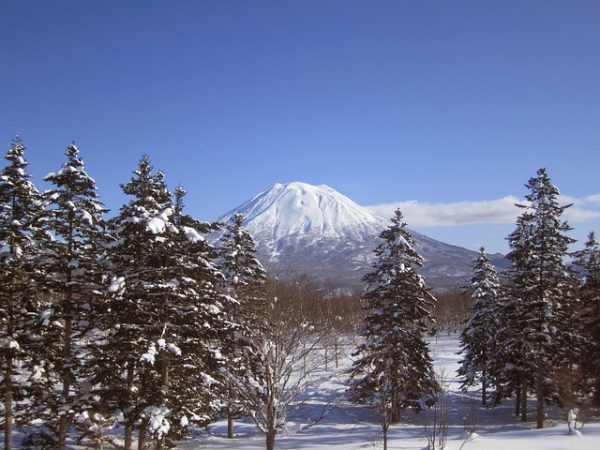 Restaurants, nightlife and events: The majority of restaurants commence their operations at the start of December, and you’ll find a good selection of dining venues open before then. The nightlife scene is much quieter though, and you won’t find many events being held.

Villa Finder’s tip: Demand is fairly low at this time of the year, so you shouldn’t have issues making a reservation closer to the end of the booking season. Whenever possible, it’s still best to book in advance.

Check out our ski chalets in Niseko

Restaurants, nightlife and events: All seasonal restaurants have commenced operations at this period. Popular restaurants may require a reservation, or it may be difficult getting a table if you haven’t made a booking in advance. We recommend making reservations, even if you’re planning to dine out at less popular venues. The nightlife scene is also livelier, and you may chance upon small events in the resorts.

Accommodation costs: Low seasonal rates, discounts may be offered. Costs may vary depending on whether your stay runs into the next season.

Villa Finder’s tip: Advanced bookings for accommodations and services are recommended, particularly if you’re planning to stay until Christmas. It’s best to book at the time of release (April), or by early June.

Wanna go to Niseko during this season? Check out our ski chalets.

Restaurants, nightlife and events: Most restaurants will require reservations. The nightlife scene is lively, with nightly events held across the resorts.

Villa Finder’s tip: We recommend booking at the time of release (this typically occurs at the start of April, although the dates may vary from March till May depending on the accommodation or service provider you’re looking at).

Looking for a holiday home during the peak Niseko ski season. Check out our Niseko chalets.

Restaurants, nightlife and events: Most seasonal restaurants remain in operation until early March, and some may begin to shut down at the end of the month. While restaurants will begin to have more walk-in seating available, making a reservation is still recommended.

Villa Finder’s tip: Advanced bookings are recommended if you’re planning to visit Niseko between mid-February till mid-March; you’ll likely have a good selection of accommodation options to choose from if you make a booking by July.

Planning to be in Niseko after mid-March? You’ll still have plenty of options to choose from if you make a booking during the months of November, December or January. But we do recommend making early reservations if your trip coincides with the school spring holidays, as there tends to be a spike in tourist numbers then.

End of season: April – May

Restaurants, nightlife and events: You’ll still find a good number of seasonal restaurants in operation during April, but most will close for the season at the month end. Restaurants that remain open through the year will have walk-in seating, but do note that some venues will prefer that diners make reservations.

Across the resorts, there are fewer events being held (with the exception of the Easter and spring school holidays, where there are more activities and events available). End-of-season events may be held occasionally.

Accommodation costs: Lower seasonal rates are available in early April. From mid-April onwards, prices drop to the lowest rates across the year, and discounts are often available.

Villa Finder’s tip: In early April, you’ll still have plenty of options to choose from if you make a booking during the months of November, December or January. But we do recommend making early reservations if your trip coincides with the school spring holidays, as there tends to be a spike in tourist numbers then. From mid-April onwards, there will be few other tourists, so you’ll likely be able to secure accommodations even if you make a last-minute booking.

How long should I stay in Niseko? Most vacationers stay between a week to two weeks during Niseko ski season. Beginners and experienced skiers may like to stay on longer; this gives beginners get more time to practice skiing before hitting the slopes and allow experienced skiers to have ample time to visit multiple ski fields.

Going backcountry skiing? Make sure you’ve read the Niseko rules, and check the avalanche report daily. For beginners or first-time skiers, visiting Niseko from March to early April can be a great option; the snow conditions are still favourable, there aren’t too many tourists and you’ll be able to take advantage of the lower seasonal rates. 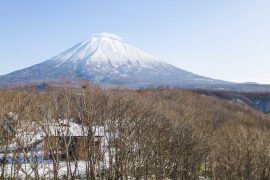 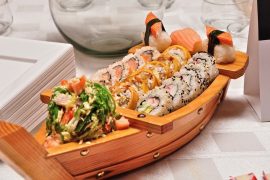 Best places to eat in Niseko – Food Galore in Japan 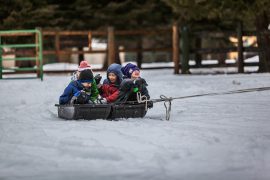 Niseko with Kids – Best Activities for Families with Young Children