Excited for your next big tropical adventure? Cambodia’s tropical climate makes it an ideal destination all year round and there’s never really a bad time to visit the town! Be aware of the two main seasons in Siem Reap though!—the dry season and monsoon season. With this in mind, planning your itinerary is easy. Here’s you guide to the best time to go to Siem Reap. Just pack according to the weather you’ll be in and you’ll be good to go.

Seasons in Siem Reap are basically divided into two—dry and wet seasons. However, it’s worthy to note that the weather here, much like anywhere else in the whole of Cambodia, is not completely predictable. It’s always handy to have a compact umbrella within reach, whether it’s to protect yourself from the sun or shelter from the rain.

The northeast monsoon will bring the heat and dry days to Cambodia from November to April. Siem Reap, located in the northern part of the country, experiences a cooler dry season than the rest of the regions making it the best season for cycling and walking tours. The coolest months tend to be from December to January, with temperature averaging around 25°C.

The transition of days from April to May creates the hottest months of the year, with day time temperature hitting the 40°C mark. When travelling during this time, it’s best to schedule temple visits in the early morning. Remember to pack lots of water and put on extra layers of sunblock!

Monsoon Season (May to October)

From May to October, rainy days dominate across the country. But despite that, travelling during this time isn’t a bad idea. If anything, the frequent bouts of rain shower will offer relief from the humidity and scorching temperatures of Siem Reap. Downpours usually occur in the afternoons and through the nights. Otherwise, you’ll still plenty of sunshine for the rest of the days, so carrying on with your scheduled itinerary won’t be too difficult.

Much like every other tourist destination, Siem Reap also experiences its high and low seasons for travellers. We find that the best time to visit Siem Reap really depends on your preference as a traveller—whether you mind rubbing elbows with other tourists during the cooler months or if you’re okay  with bouts of showers in a far less crowded city.

December and January, being the coolest months (not to mention holiday season!) throughout the year, are ideal months to visit the town. But be prepared for some tourists and for popular attractions to be a little crowded. It may take a little while before you get that instagram perfect shot, at least!

The dry season is the most popular and attracts the bulk of tourists. During the months of November to April, tourist attractions will have peak crowds and landmarks are crowded. Accommodation and flight fares are also usually the most expensive during this time.

Another factor to consider when booking your trip and planning an itinerary are the local festivals celebrated in the area. Khmer New Year is one of the most anticipated holidays not just in Siem Reap but in the whole country. The Cambodian New Year celebration runs for three days in the mid of April. Expect to see sand domes everywhere, locals paying homage at temples, as well as dancing and parties at the market.

Low Season (May to October)

The city is relatively uncrowded during the rainy season. Again, it’s not a bad thing at all to travel during this time of the year, as it still offers a good amount of sunshine throughout the day. Booking prices tend to also be cheaper during these months. 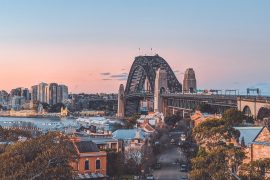 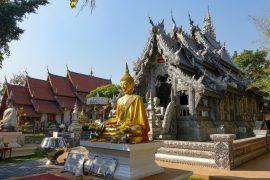